In this tutorial, we'll show you how to set up an integration between your Gmail account and Lunatask to push starred emails into Lunatask via Zapier. You can use Zapier the same way to connect to any other supported app.

Start by adding Lunatask to your Zapier account via this link.

Next, create a new Zap.

Now, we have to set up the Trigger. Find and click on Gmail in Zapier editor. 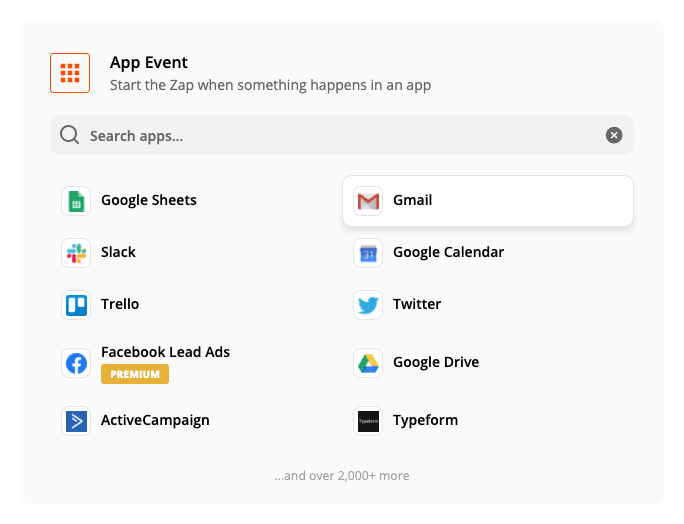 Next, configure the Trigger. The event we'll use here is "New Starred Email". Click "Continue".

At this point, the Trigger is configured. Now, we have to set up what happens when an email is starred, this is called an Action. Lookup Lunatask and select it.

Select "Create Task" as an Action and click Continue.

A new window will appear prompting you to enter your access token.

Go to to the settings in our desktop application, "Access tokens" section, and generate a new access token, name it Zapier, and click "Copy to Clipboard". 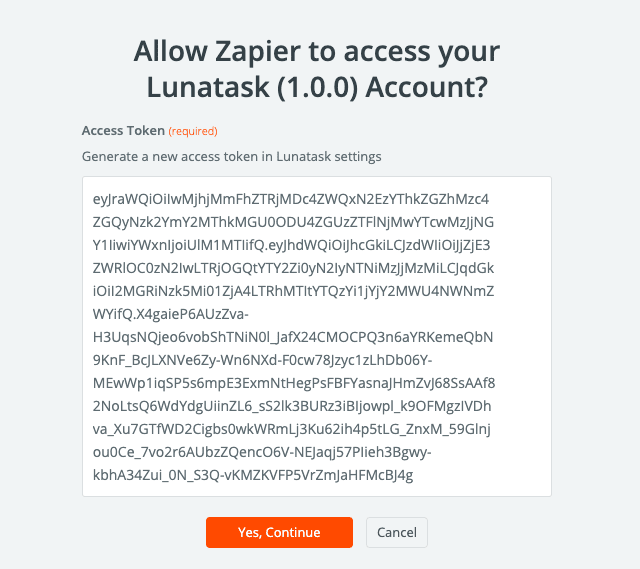 Next, set up your action by setting what properties the task should have when created via starring an email in Gmail. In this example, we'll use the email subject as the name of the task.

The second required field is Area ID. This sets into which list (or area) shall the task go. In the desktop application, pick an area in the menu, right-click it, and click "Area settings". There, copy Area ID to clipboard and paste it into Zapier form.

Optionally, you can set the task's desired status, motivation, or priority. You can leave these empty, and default values will be used. Click "Continue". 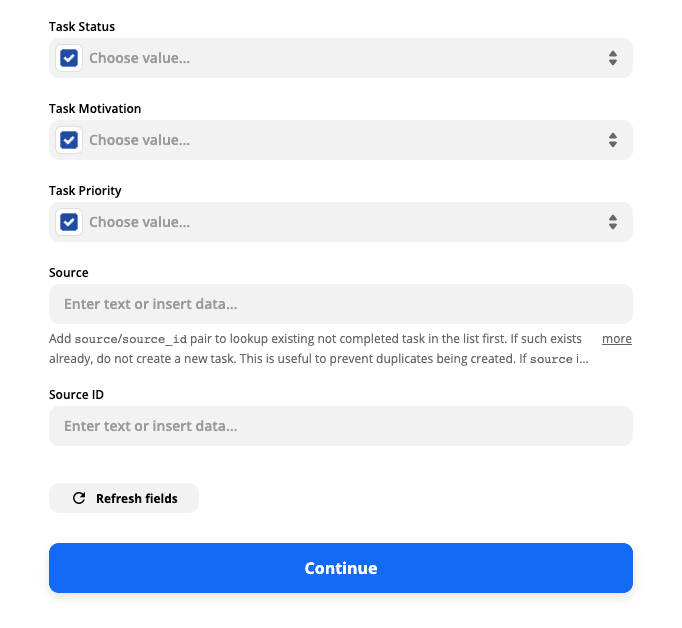 Now you're almost ready. Click "Test & Continue", and the test task should appear in your task list in Lunatask. 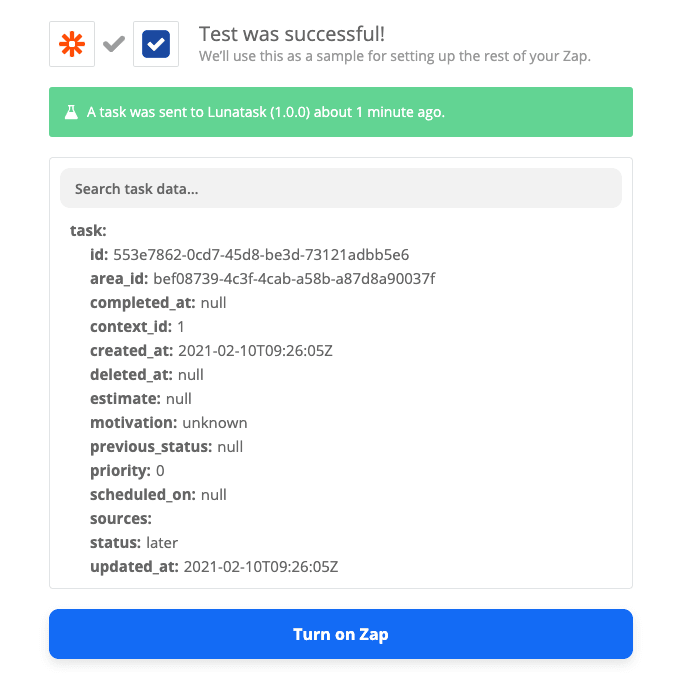 Now, Turn on Zap. Your Gmail integration is now set up.

How do I avoid creating duplicate tasks?​

When creating a task, given there's already an existing not completed task in the same area with the same source/source_id pair, the Zap will succeed without creating a duplicate.

You can think of source/source_id attributes as identification of the record in the external system, i.e. source could be "gmail", and source_id could be an email ID in Gmail.

Why do I need Area ID and cannot just pick area from the list?​

Your data in Lunatask is end-to-end encrypted, neither us or Zapier know the names of your areas, hence we cannot offer you suggestions.

What happens when I delete an area with configured Zaps?​

Your Zaps will stop working at this point. Be sure to reconfigure your Zaps with new Area ID when you delete an area.